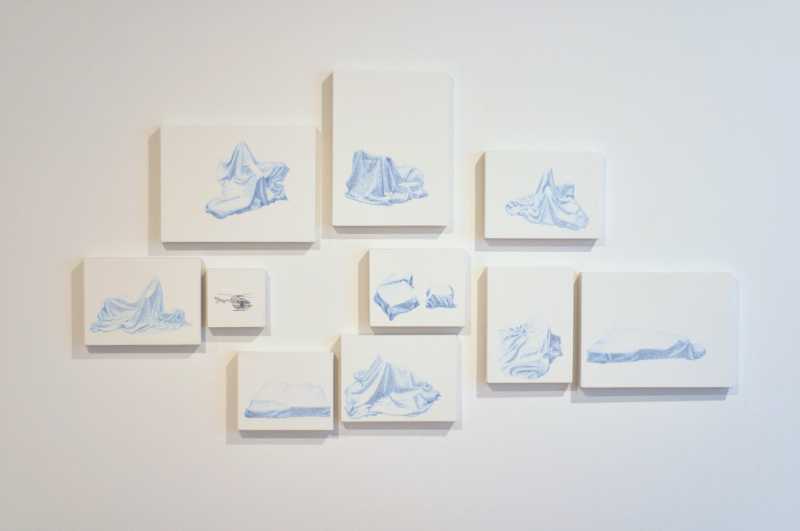 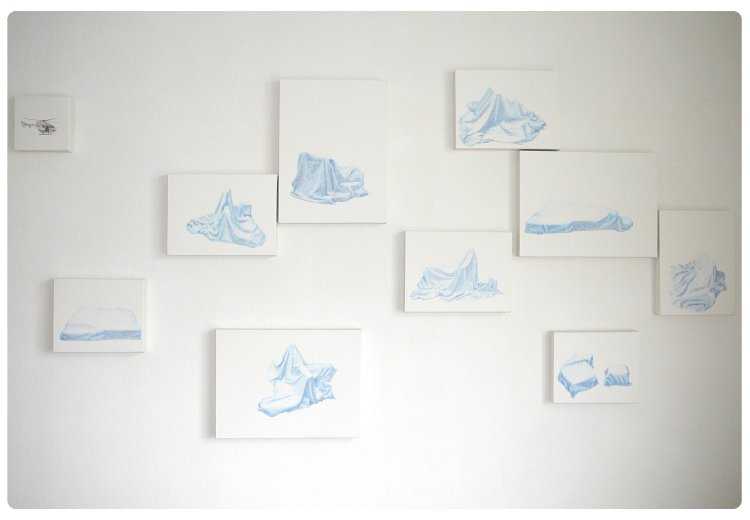 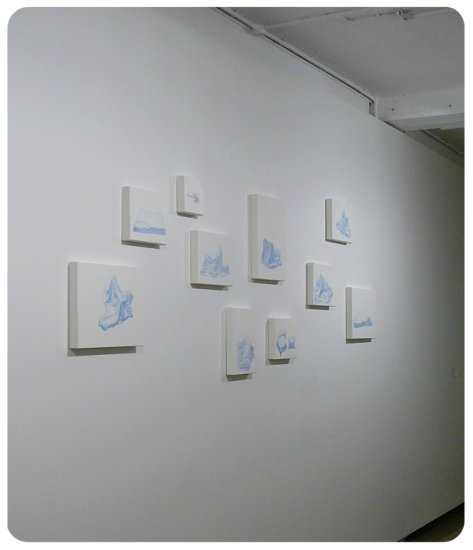 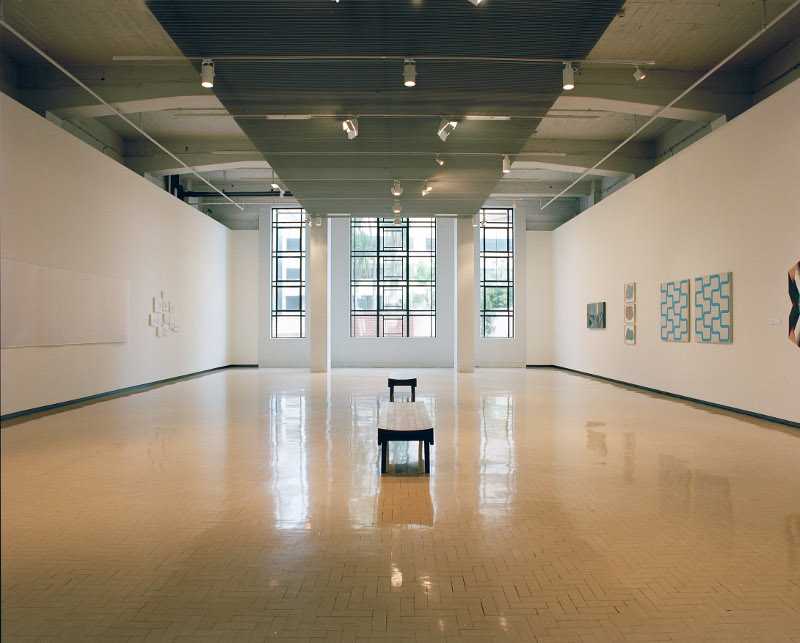 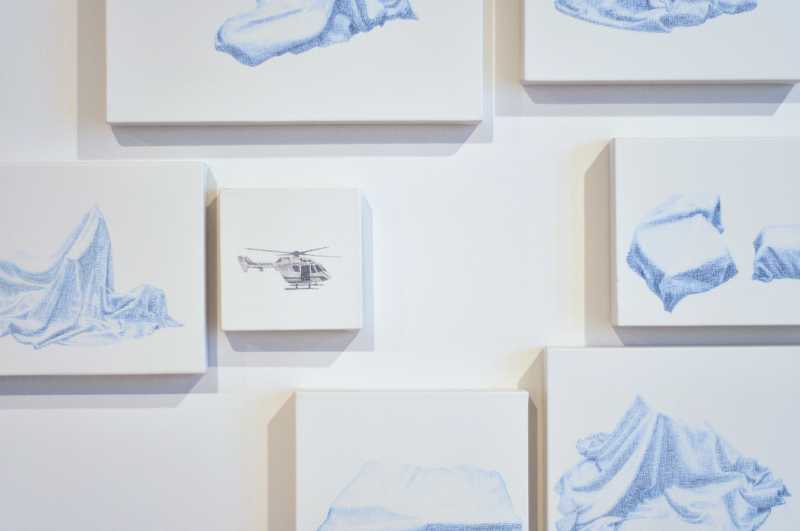 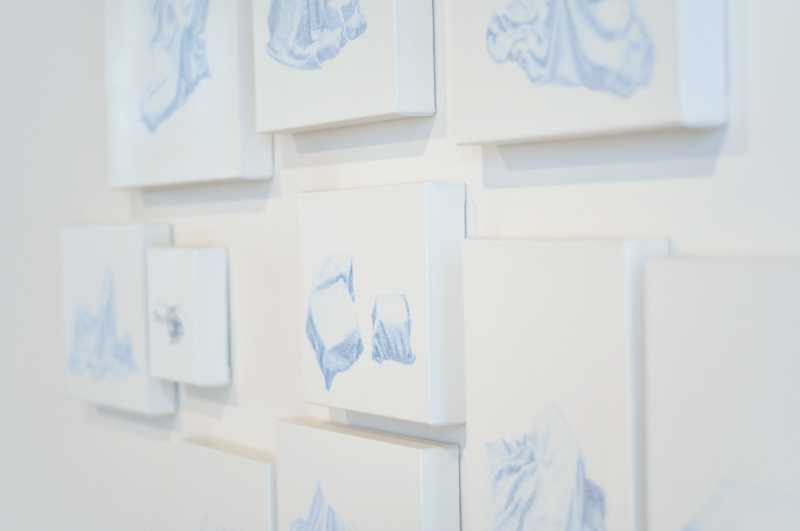 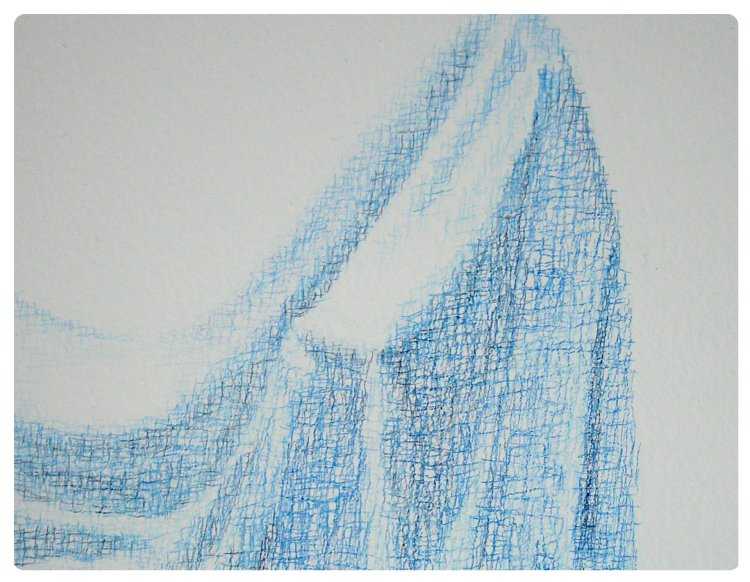 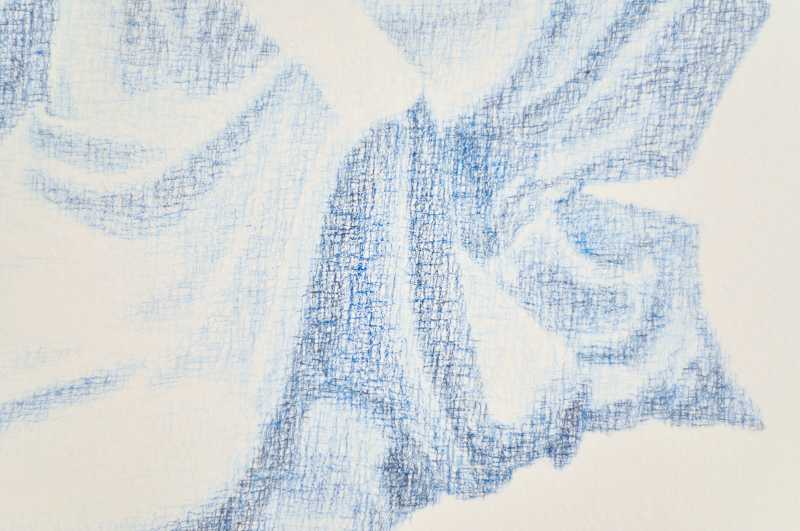 *Acrylic and pencil on canvas

Armada is a suite of 10 pencil drawings on painted canvasses that were created as a response to a popular media event – the fleet of icebergs that were sighted drifting off the coast of New Zealand’s South Island in November 2006. The configuration of the work may change depending on who is installing it.

“…concerned with re-creating the natural world, Bronwyn Smith’s drawings represent her marvel at that beyond which we can see. In Armada Smith turned her focus to the large breakaway icebergs that featured in the media during November 2006 as they drifted towards New Zealand’s southern coastline. Sourcing images of these icebergs off the Internet, Smith attempted to re-create them by covering household objects with fabric and subsequently rendering their hidden shadowy forms on canvas. The drawings’ potential for multiple readings define Armada as a delicate gesture, rich with cultural comment…”

An Introduction to the Theory of Everything

An Introduction to the Theory of Everything